Imagine if the iconic London taxi suddenly vanished from our streets? Well, luckily for us, privately-owned Chinese firm Geely have just lifted the British black cab manufacturer Manganese Bronze out of a dark administration hole.

Valued at £11million, the deal sees 20% shareholder Geely saving the company’s Coventry headquarters and 107 staff from joining the likes of HMV, Woolworths and JJB Sports as the UK’s most loved brands fall victim to the economy.

Since taxi drivers were given permission to drive the Mercedes Vito, Managanese Bronze have lost their overpowering grasp on the market, leading to a gradual descent. While the 2012 Olympic ceremony provided a quick gasp of breath due to a performance involving the Spice Girls dancing on London cabs, Manganese Bronze quickly tripped once more when hundreds of vehicles were forced to be withdrawn due to a fault. The company was forced into administration in October 2012. 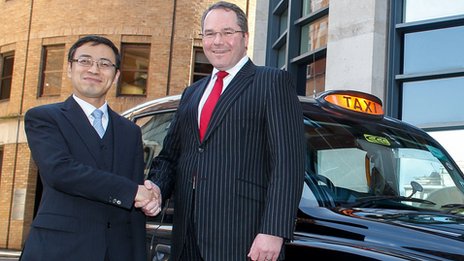 After 65 years of providing taxis, Manganese Bronze have been rescued by an agreement with Geely, who also own Volvo. The enterprise will continue to manufacture taxis for the UK, with an additional factory in Shanghai catering for those operating from the left hand side. The faulty fleet have already been repaired and restored to our roads, and chairman Daniel Li reveals plans to develop more environmentally-friendly vehicles.