Today Nissan unveiled their new design for a fleet of black cabs for London – the NV200.

The rear of the cab has sliding doors and accommodates three passengers on a bench facing forwards plus two on flip-down seats facing backwards.

The front passenger seat has been removed to make more room for carrying luggage.

Taxi versions of the NV200 have already been unveiled in Tokyo and New York, the taxis are expected to be in London by 2014 – with an all-electric version is also set to undergo trials.

Read more about it here.

Some facts from Nissan: 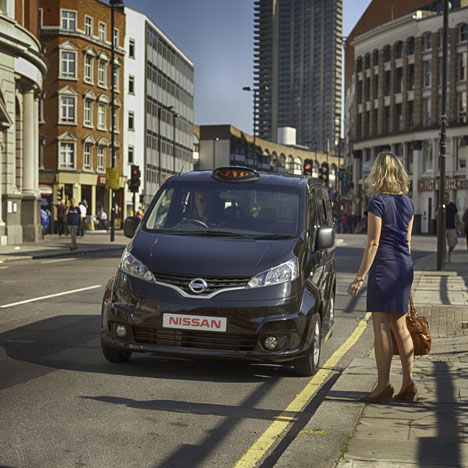