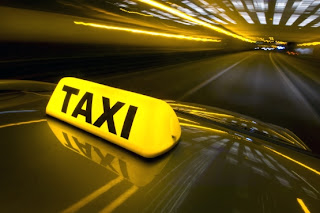 While it is currently not permitted to advertise tobacco products in the UK, an advertising agency in Bristol is in the process of directing a superside campaign that promotes the activity of smoking, planning to promote the slogan ‘smoking allowed‘.

Councillors in the city are fiercely against the taxi advertisements, highlighting the worry that a ‘smoking allowed’ strapline would mislead passengers into thinking that they can smoke inside the Taxi cab – an act which is illegal in both taxis and private-hire cars. The council also addressed health issues posed by this plan as they said:

“This advertising works against the public-health outcome to reduce the smoking prevalence of adults and young people in Bristol.”

A report was produced in response to the scheduled adverts, pointing out the campaign’s risk of “undermining the council’s crime-prevention work“, also examining the potential problems caused for taxi drivers working to maintain a smoke-free cab, especially when dealing with night-time passengers who “may be under the influence of alcohol and so increase the level of risk“. A meeting this week will confirm whether a ban will go ahead.