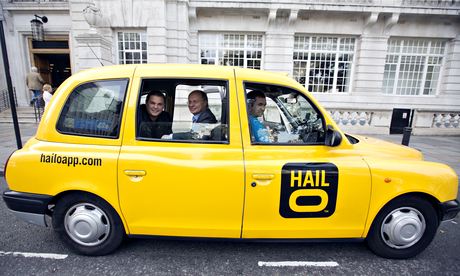 The London-born Taxi App Hailo is proving its grounding as the app for cab drivers, after spreading to thirteen countries across three continents.

What started out as the meeting of six cabbies in a central London cafe trying to improve the lot of the average cabbie, has now developed into a company that has raised more than £55m in three years.

The concept of the app is simple – working by using the app to hail a nearby taxi, and allowing users to pay by credit card via pre-stored information. What makes the app different, is the benefit it also provides for cab drivers.

Co-founder Ron Zeghibe explains: “We were the eighth app to launch in London. Addison Lee had [had] an app for two years. You had Kabbee and GetTaxi [among others]. All these guys had a headstart and should have been able to get the market share.
“The problem, I think, was that most of them looked at getting the customers. We flipped that on its head. With the help of these guys on the inside we realised that what it is really about is building the loyalty [of] the driver base”.

Drivers pay 10% of the cost of the job when they pick up a customer, while the app got rid of additional costs such as “run-in” fees (charged from when a driver takes the booking) to market black cabs as being value for money. Credit-card facilities were also included and a social networking function and accounting features were added to show which areas are busy, and how much has been earned.

Putting the focus on cab drivers has obviously worked, with 14,000 drivers signed up in London and an impressive 50,000 internationally. Hailo now has plans to open in six more cities this year.