Taxi app Uber is hitting back at plans made by Boris Johnson to cap the number of minicabs in operation on the streets of London by challenging the Mayor of London to a debate on the future of taxis in the capital.

Johnson has made no secret of his desire to limit the number of minicabs in operation in the city, blaming Uber and other cab-hailing apps for an increase in congestion, air pollution and adding to the number of illegally parked vehicles.

However, Uber is currently unable to directly challenge such a move as it is not represented on the board of Transport for London – its head of UK business, Jo Bertram, therefore is asking for a chance to debate the issue with Johnson, according to a letter seen by the Financial Times. Uber is claiming that if additional drivers are not able to be recruited to meet the demand for its service, prices will rise. 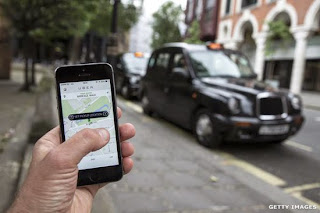 Bertram told Business Insider UK: “We have asked to meet the Mayor as we agree with him that London’s traffic is a concern. The answer isn’t to limit licenses and jobs. As seen elsewhere in the world, this would simply push up prices and force people back into their own cars, causing more congestion and pollution.”

Uber’s current 17,000 London drivers make it the largest private hire provider in the capital, with the number of minicabs in the city growing by nearly a fifth in 2014. The Mayor said in a statement last week: “We must be able to take action against the threat posed by the massive increase we are seeing in the number of private hire vehicles. There are only 25,000 black cabs and 8,000 buses in London and yet there are already over 75,000 minicabs and rising.”

Uber is involved in a court case involving the London Taxi Drivers Association, who claimed that Uber’s use of the smartphone to log journeys goes against current regulations.